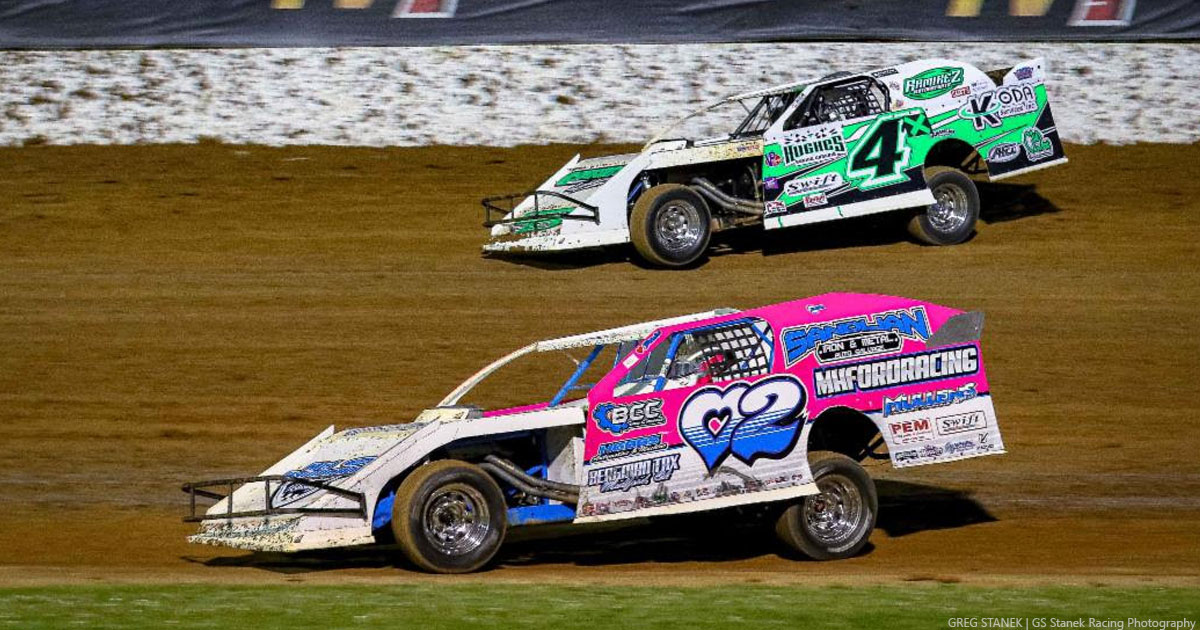 Mullens rides momentum back to Wheatland after USMTS breakthrough win

No matter how good the equipment or the driving talent, a third element is required before consistently finding victory lane on the Summit USMTS National Championship fueled by Casey’s.

Tanner Mullens confirms that self-belief is every bit as important as anything else in the racing world. The USMTS rookie found a big dose of it during his early June visit to Lucas Oil Speedway, picking up his first career series victory.

"That was probably the most important part to help me get going," Mullens said. "We struggled there for a while and you kind of get down on yourself. But to be able to go and do that and run in the top-five, basically for the last month with them, it's a big confidence boost for sure."

USMTS action gets going Thursday at the 81 Speedway in Park City, Kansas, followed by the 14th Annual USMTS Summer Fling at the Humboldt Speedway in Humboldt, Kansas, on Friday.

While Mullens has won tons of local races in his Modified over the years, the first USMTS triumph might have been the biggest of his career. He inherited the lead with four laps remaining when front-running Terry Phillips had mechanical issues and beat runner-up Dereck Ramirez by 2.19 seconds.

"It was pretty special. We've been trying for quite a while to win races with these guys," Mullens said. "Terry broke there at the end, but we still won and it was pretty exciting for us.

"I think it kind of let me know that we can do it. It was almost intimidating to run with these guys and to finally be able to win one, and then two more and be in contention for even more after that ... it lets you know that we're fully capable."

Along with three wins, Mullens has five other top-five finishes in 15 USMTS events. He got a late start, missing nine races on the tour, but hasn't given up hope on earning Grant Junghans Rookie of the Year honors.

He begins this week's three-race swing 366 points behind ROY leader Tyler Davis of Haysville, Kansas. But with only the top 24 finishes counted toward the rookie chase, Mullens sees an opportunity.

"We were 1,000 points behind when we started and now we're (366) behind, so we're making progress by leaps and bounds," he said. "Since they take your best 24, we should be able to make up some ground the next three or four nights - as long as we don't have bad luck."

He's hopeful of running the full USMTS schedule in 2021 and seeing how he measures up in national points, but prefers to keep the immediate focus on what's directly in front of him.

"We're just gonna take it race by race right now and see what we can do," he said. 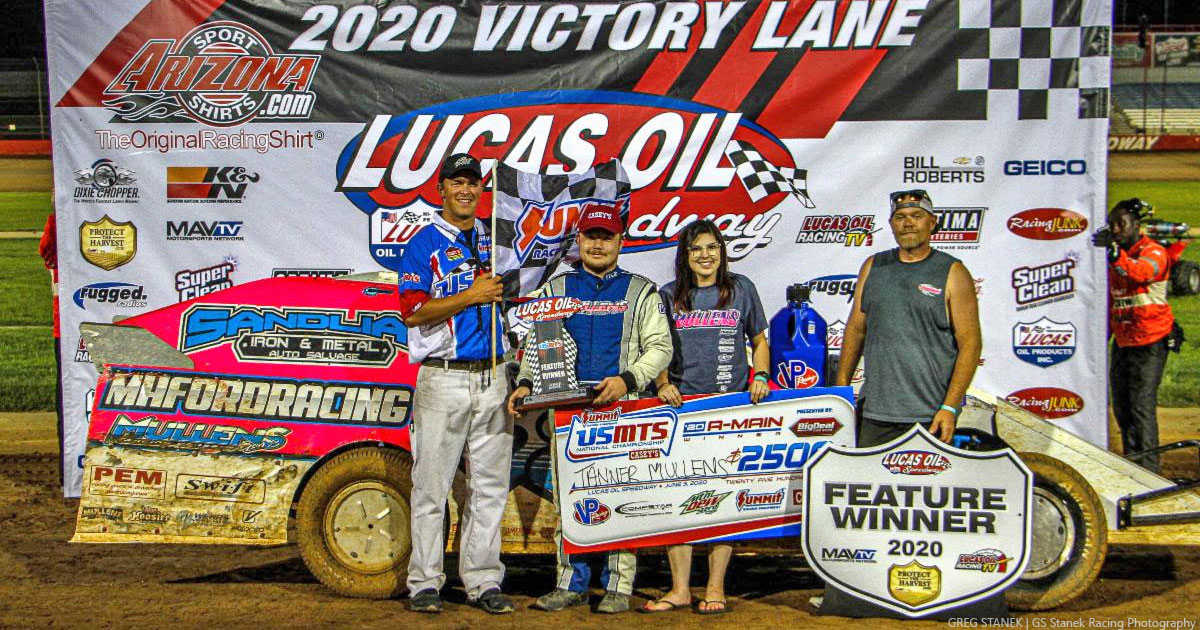 One thing that his success has done is bring more of a spotlight to the Mullens Motorsports brand. Tanner and his dad Buddy Mullens build their own chassis and motors and also sell about 10 cars a year to clients.

"It's just me and dad in the shop and to build more than 10, it would get pretty hectic," Tanner Mullens said. "We keep the quality up if we don't sell a bunch of them. Quality over quantity is what we say."

He said there is definitely more interest from prospective customers since the recent success.

"Getting the name out there with the USMTS has kind of kick-started everything," Mullen said.

The Mullens name, at least in the Kansas region, has been well known in the Modified world for decades. His grandfather, Pinky Mullens, and his dad were big winners and Tanner literally grew up around the sport with little doubt he would follow in their footsteps.

"I think from the time I could talk, I figured I was gonna race," he said. "That was my plan, any way. I was two days old when I went to my first race and been going ever since."

When Pinky Mullens passed away a few years ago, Tanner adopted his distinctive pink-and-white color scheme with the zero in his 02 car number shaped like a heart. He said the tribute to his grandfather has proven popular with fans, especially the younger demographic.

"Mostly the kids. I think because it's bright. They seem to really like it. They come by and a lot of them want to take a picture with it. The kids are probably the most important because they're the future of our sport. If you can keep them involved and interested, that's a good deal."

Joining the USMTS on Saturday will be the Ozark Golf Cars USRA B-Mods, O'Reilly Auto Parts Street Stocks and a special guest class: the USRA Stock Cars. Gates open at 4 p.m. with hot laps at 6:30 and racing at 7:05.

Along with regular ticket options, fans have "Beat the Heat and Get a Suite" with individual tickets $40. Spectators can sit in air-conditioned comfort or view the action from seats outside, overlooking the front stretch.

For ticket questions or information for any event at Lucas Oil Speedway, contact Admissions Director Nichole McMillan at (417) 282-5984 or email her at nichole@lucasoilspeedway.com for more information.