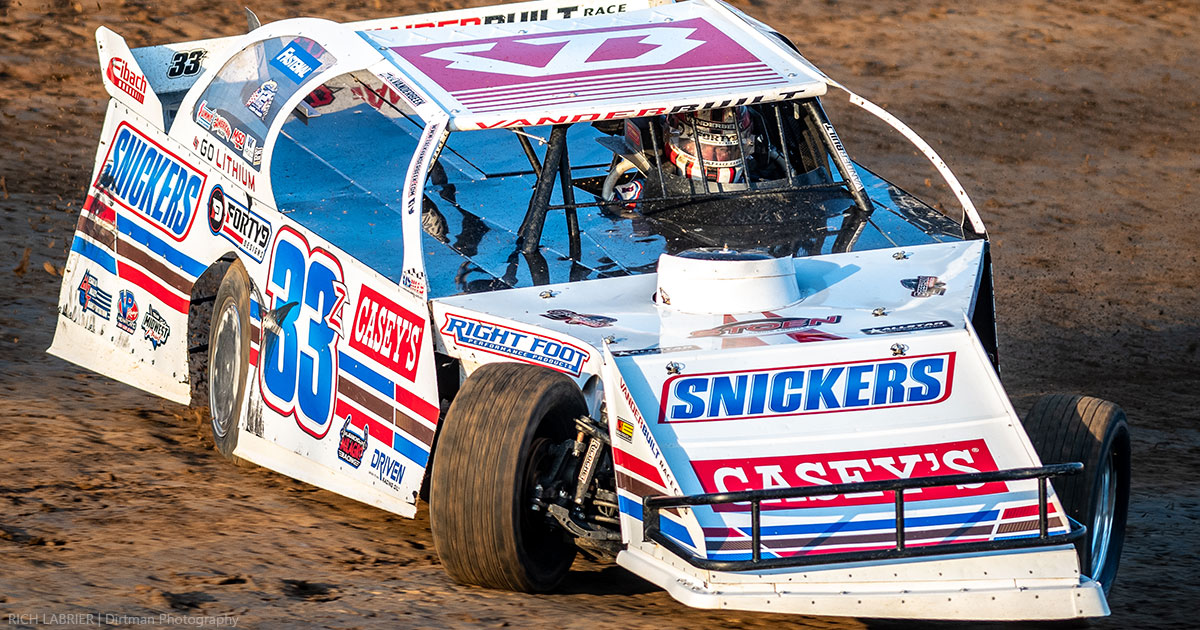 Zack VanderBeek is fifth on the USMTS all-time wins list with 49 victories. Three of them have happened at the Deer Creek Speedway and 'The Z-Man' has one win at the Fayette County Speedway.

The Summit USMTS National Championship fueled by Casey’s returns to action this Saturday and Sunday, September 5-6, for a traditional Labor Day Weekend excursion through Southern Minnesota and Northern Iowa.

The series travels to familiar and hallowed ground on Saturday for the 15th Annual J&S JCB USMTS Labor Day Duel presented by Eibach at the Deer Creek Speedway in Spring Valley, Minn., and then the high-speed road show stops at the Fayette County Speedway in West Union, Iowa, on Sunday for the 8th Annual USMTS War in West Union presented by Integra.

Labor Day Duel: By the end of the Saturday’s event, the USMTS will dole out a feature winner’s check at ‘The Creek’ for the 113th time—more than any other racetrack in America—but due to the recent pandemic, Saturday will also end the longest hiatus from the high-banked clay oval since the first race in 2002. The series last visited here Sept. 21, 2019, for the finale of the Featherlite Fall Jamboree.

The list of former USMTS winners here could serve as dirt modified racing’s half of fame members. Nine-time USMTS national champ Kelly Shryock won the first-ever USMTS contest here in 2002 but his 10 career wins at the high-banked 3/8-mile clay oval puts him second on the list behind Jason Hughes, who has a series-best 14 victories here. Rodney Sanders has also garnered 10 checkered flags here.

War in West Union: The industrious and illustrious USMTS gas-mashers will provide spectators with a remarkable Sunday evening show at the Fayette County Speedway. This will be the eighth visit by the USMTS since 2007 when Jason Krohn won the inaugural event here. Jake Neal picked up his first and only USMTS victory the following season, and Ryan Gustin won here in 2009.

The weekend was originally intended to be a three-day affair but Minnesota authorities thwarted the return of the USMTS to the Chateau Speedway in Lansing on Friday due to COVID-19 issues.

Currently, the 2020 schedule for the Summit USMTS National Championship fueled by Casey’s is highlighted by 42 nights of racing at 26 unique dirt ovals for the 22nd season of competition for the world’s Best of the Best in dirt modified racing.