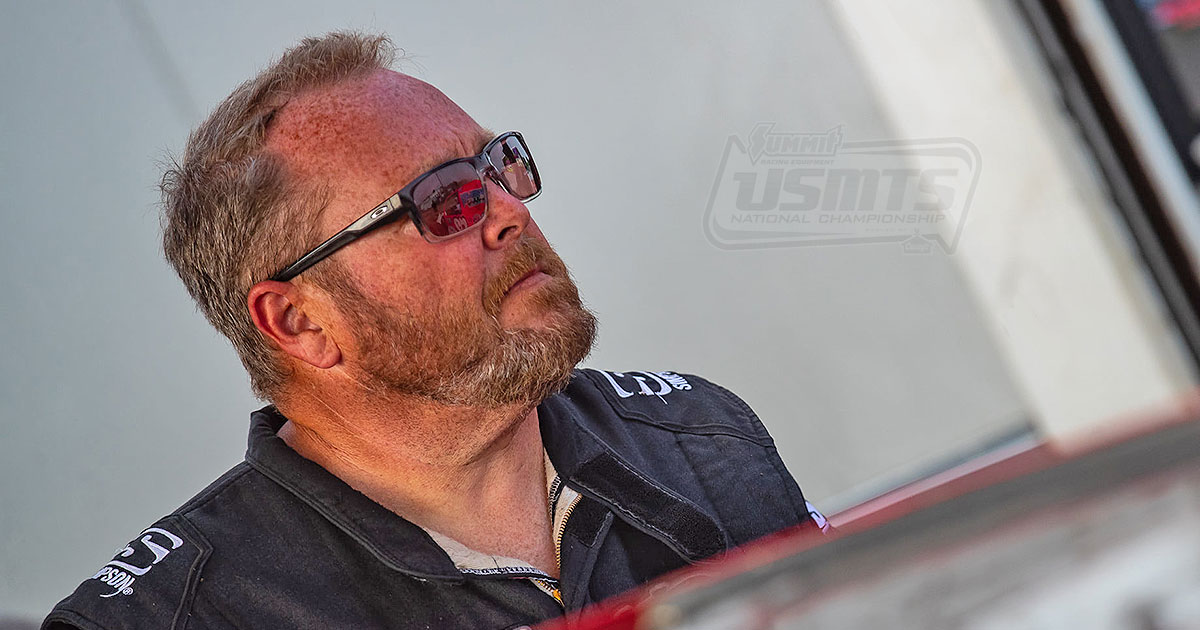 Terry Phillips will be inducted into the National Dirt Late Model Hall of Fame on Aug. 13, 2021.

The National Dirt Late Model Hall of Fame will host induction ceremonies for a pair of classes during the annual ceremony held in conjunction with the North-South 100 this weekend at the Florence Speedway in Union, Ky.

The 2020 class, which was postponed a year due to COVID-19 restrictions, will be enshrined after a luncheon on Friday afternoon. The members of 2021 class will receive their honors on Saturday afternoon.

Among the 2020 class is Terry Phillips of Springfield, Mo.—a superstar with the Summit USMTS National Championship fueled by Casey’s.

The 55-year-old won four Lucas Oil MLRA titles and six MARS championships between 1994 and 2010, scoring 210 feature wins along the way. His first major victory came in 1995 during a $25,000-to-win show at the Route 66 Speedway in Joplin, Mo. He added a 1999 crown jewel victory in the Show-Me 100 at the West Plains Motor Speedway and won Batesville Motor Speedway's Topless 100 in 2013. The ten-time World 100 starter had a career-best fourth-place finish in 2001 at Eldora Speedway's crown jewel.

Phillips scored a $100,000 dirt modified victory at Batesville in 2005, and earlier that year on May 15 he won his first feature with the United States Modified Touring Series at the Monett Speedway in Monett, Mo.

Four years and one day later, his second win came at his hometown Springfield Raceway, and then he came up just a few feet short of his first USMTS crown jewel when Jason Hughes beat him to the finish line in the finale of the Featherlite Fall Jamboree at the Deer Creek Speedway in Spring Valley, Minn.

In 2010 he returned to the winner's circle at Monett for his third USMTS trophy, but once again his attempt at a Fall Jamboree title was thwarted by Hughes who captured Saturday's finale while Phillips won both preliminary features.

Finally, on Saturday, Sept. 24, 2011, Phillips earned his first Fall Jamboree trophy and a $9,000 paycheck. Since then, Phillips has registered four more victories at 'The Creek,' including a pair of World Modified Dirt Track Championship preliminaries but has not taken home another Fall Jamboree title. He finished second in the event again in 2013 behind Hughes and was runner-up one year later to Rodney Sanders despite a crowd-pleasing drive from the 16th starting spot that night. 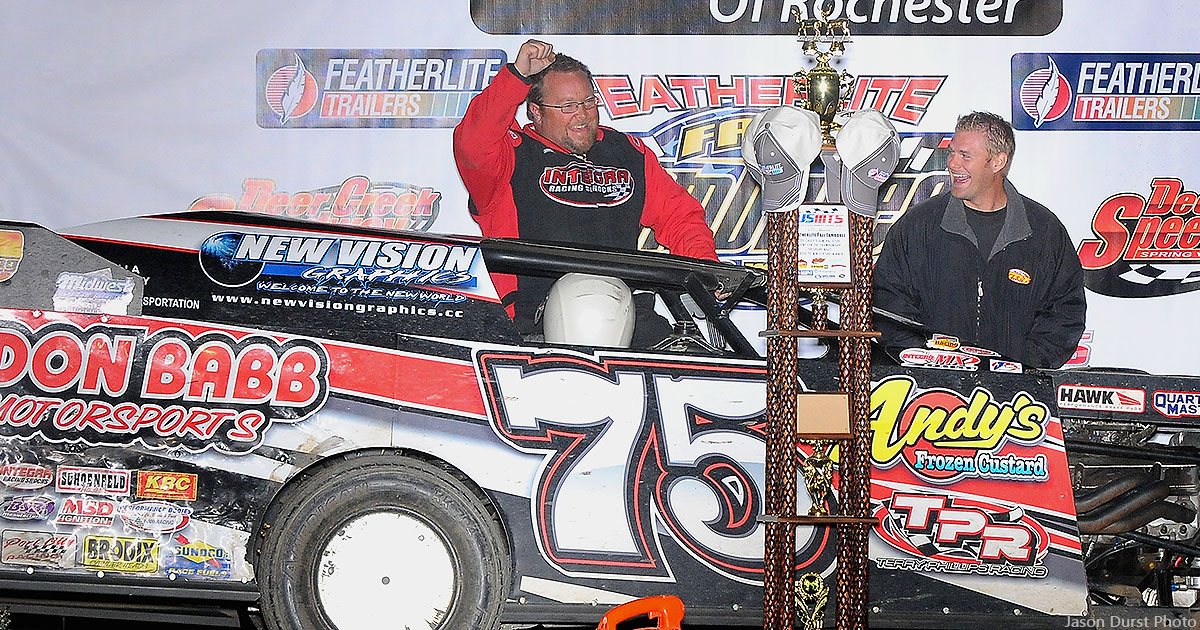 During his USMTS career, Phillips has amassed 35 main event victories at 22 different dirt ovals in 10 states. He ranks 10th on the series all-time wins list with his most recent triumph coming April 3 this year at the Karl Chevrolet Hamilton County Speedway in Webster City, Iowa.

Phillips will join his legendary father, Larry Phillips, who was inducted with the first National Dirt Late Model Hall of Fame class in 2001. Last year, he also became the second in his family to be inducted into the Ozarks Area Racers Hall of Fame.

Both induction ceremonies will be broadcast live on the NDLMHoF Facebook page.

The National Dirt Late Model Hall of Fame is a 501c3 non-profit organization that depends solely on fundraising and donations to operate. For more information visit ndlmhof.com. 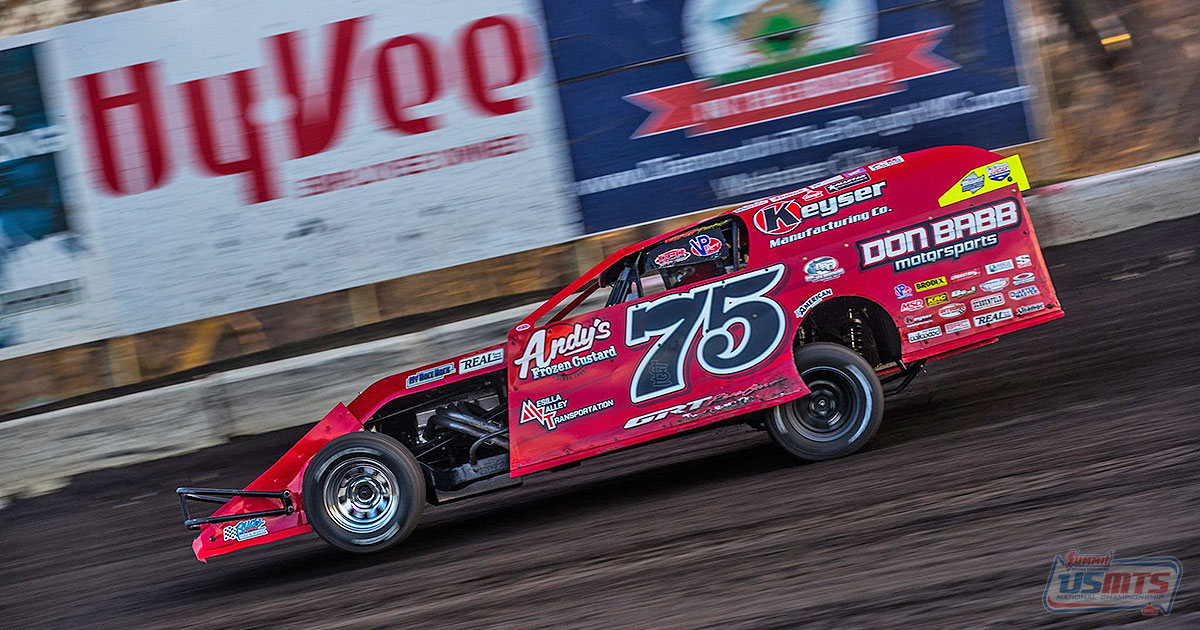