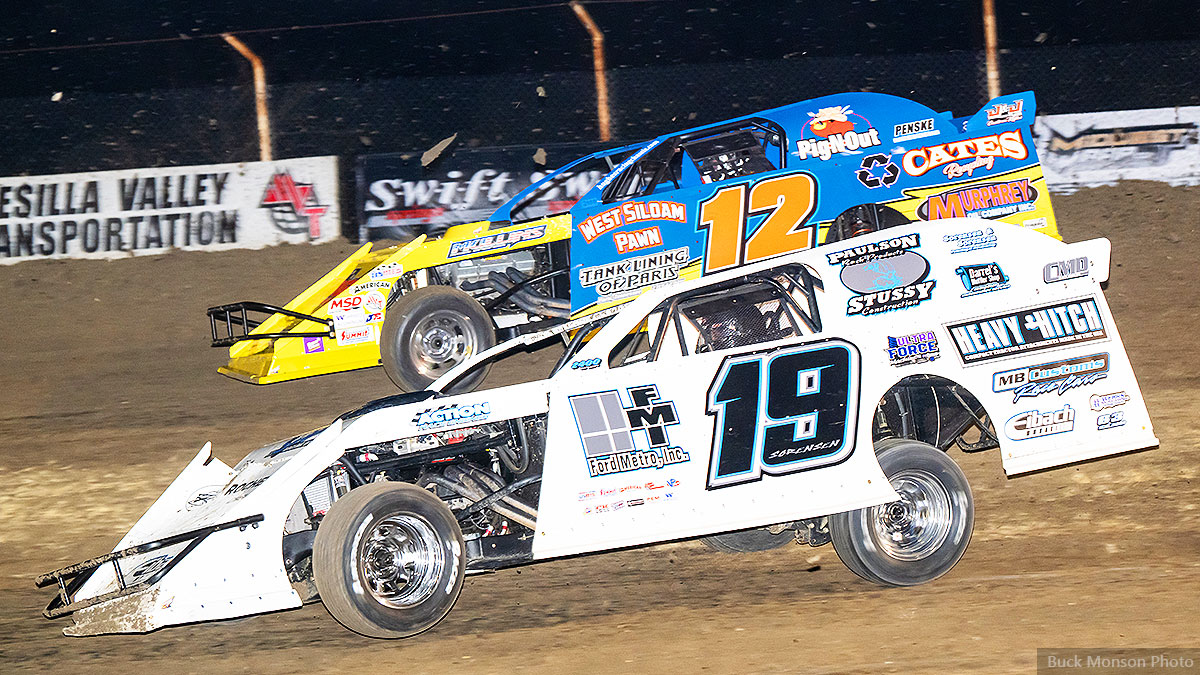 The Summit USMTS National Championship presented by RacinDirt racers have their sights on next weekend’s long-awaited 2nd Annual Dairyland Showdown presented by Dynamic Concrete Resurfacing on Thursday, Friday and Saturday, May 5-7, at the Mississippi Thunder Speedway in Fountain City, Wis.

The Summit USMTS Modifieds will pay $3,000 to win Thursday, $5,000 to win Friday and $10,000 to win Saturday as they share the spotlight with the World of Outlaws Late Model Series in what promises to be another standing-room-only event at Bob Timm’s picturesque palace of speed.

With four races in the books, four different winners have emerged in the early stages of the 2022 campaign, including points leader Dustin Sorensen who captured the opening night of the 12th Annual Texas Spring Nationals nearly two months ago at the Rocket Raceway Park in Petty, Texas, with a late-race pass of Jason Hughes.

Looking to snap a winless streak dating back to Sept. 3, 2017, Hughes led 33 straight laps before Sorensen tracked him down and raced by for the win with four laps remaining. One night later, he started 25th and came up one sport short again—this time to first-time USMTS winner Tyler Davis.

After solid efforts by both drivers at the end of March during King of America XI, the 21-year-old Sorensen and Hughes, 47, enter the Dairyland Showdown separated by just four points in the chase for the $100,000 USMTS national title.

But it’s early, and there are 34 hungry competitors who have started all four races thus far. With two top-five finishes and four top-tens, 2020 Grant Junghans USMTS Rookie of the Year Tanner Mullens sits third in the standings—just 33 points behind first place.

Both Hughes and Sorensen have one USMTS win at the Mississippi Thunder Speedway. Hughes’ lone victory happened in 2013 while Sorensen was the most recent winner on Memorial Day Weekend in 2020.

Ryan Gustin is the winningest USMTS driver at Bob Timm’s high-banked 1/3-mile oval with five wins in 20 events held here. Brad Waits has three wins and the only driver to win on both the current layout and former Tri-Oval Speedway which was reconfigured after the 2008 season.

On June 8, 2007, Todd Scharkey won the first USMTS race here with Kelly Shryock, Waits and Al Hejna winning the other three on the tri-oval. Jon Tesch has two wins to his credit while Tim Donlinger,  Tommy Myer, Terry Phillips, Rodney Sanders and Zack VanderBeek each have one win.

Formerly a landmark 3/8-mile tri-oval founded in 1968, the Mississippi Thunder Speedway is an exciting, sweeping high-banked dirt oval that has produced countless memorable events each year. For additional details on this incredible event, stay tuned to MississippiThunder.com and all social media profiles including Facebook and Twitter.