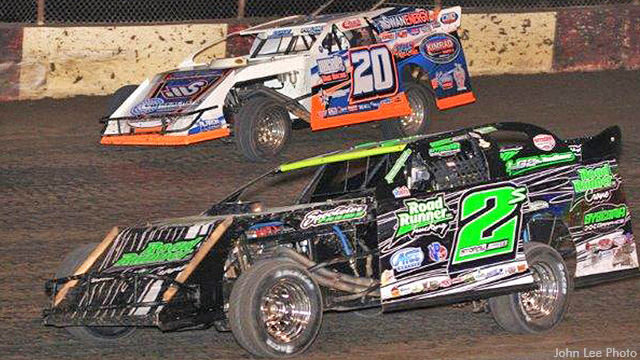 KANSAS CITY, Kan.—Just one more week until the Best of the Best of both worlds cross paths for the second straight year with the United States Modified Touring Series and the Lucas Oil Late Model Dirt Series share the spotlight for the second annual “Clash of the Titans” doubleheader.

This summer’s hottest ticket in dirt track racing will take place at the historic half-mile Lakeside Speedway dirt ovals in Kansas City, Kan., on Tuesday, July 15, with the nation’s hottest open-wheel dirt modified and super late model drivers fighting for their moment in the limelight.

Lucas Oil Late Model Dirt Series drivers will be battling for $10,000 to win while the competitors in the USMTS Casey’s Cup powered by Swan Energy will race for $3,000 to win the Major League Bowhunter Central Region main event.

Several drivers are also expected to pull double-duty, racing in both divisions throughout the night. Among the names planning on putting in overtime Tuesday night are Sanders, 2010 USMTS national champion Jason Hughes and second-generation superstar Terry Phillips.

Reserved and general admission tickets are on sale now by calling 913-299-9206 or 816-668-1714. Adult tickets are $28 in advance or $32 on race day. Advance ticket sales will be accepted by credit card until 8 p.m. on Monday, July 14. Special discounted kids tickets and seating in the air-conditioned V.I.P. suites are also available.

For those fans unable to attend, Tuesday’s blockbuster will be broadcast live online via pay-per-view by the folks at RacinDirt.com Fans can place their pay-per-view orders at www.racingdirt.com for just $24.99. 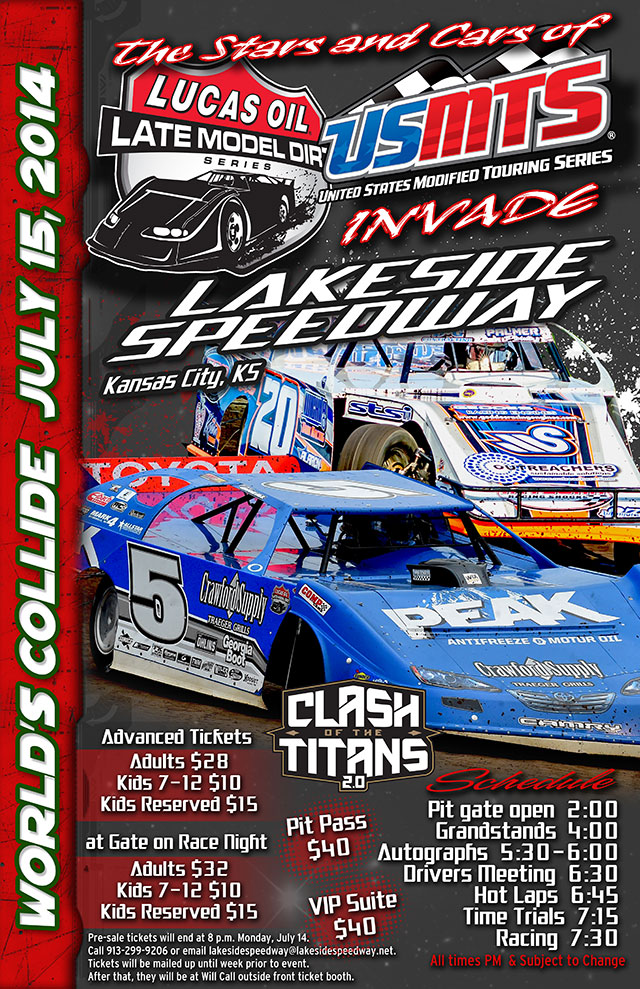 The Grant Junghans Memorial returns to the Lakeside Speedway in Kansas City, Kansas, on Friday, October 29, as part of the Modster Mash championship weekend for the Summit USMTS Nationa…

With two nights in the books at the Deer Creek Speedway, Jake Timm has two victories in the 23rd Annual Featherlite Fall Jamboree following an exciting main event Saturday night for the…