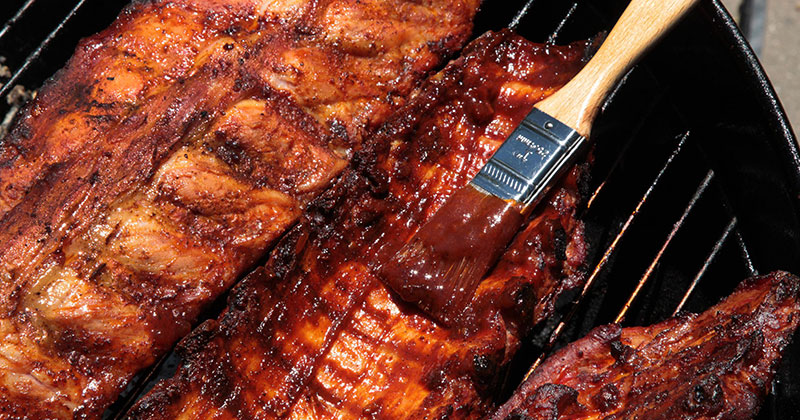 Along with the nation's top Modified drivers, Lucas Oil Speedway will play host to some of the country's best professional barbecue teams in less than two weeks. And openings remain for teams wishing to compete.

On the track on Saturday night will be the United States Modified Touring Series competing in the 9th Annual USMTS Slick Mist Show-Me Shootout presented by Foley Equipment. Race fans are invited to walk over to the drag boat midway and check out the barbecue teams—including the nation's No. 1-ranked team—prior to Saturday night's races.

The teams also will have a chicken wing competition, with a celebrity panel of judges including drivers, determining the winners at 5 p.m.

The barbecue teams, which will set up on the Lake Lucas midway, will compete in the KCBS competition on Aug. 5 with a prize fund of at least $5,000 on the line. Included in the early entries is Gettin' Basted out of Branson, the nation's No. 1-ranked team in the KCBS Team of the Year standings.

Red White Blue & Que is a Missouri State Championship points event and a qualifying event for the American Royal World Championships and Jack Daniels Invitational, two of barbecue's majors later in the year.

For entry or sponsorship interest for Red White Blue & Que, contact contest organizer Michelle Higgins at MichelleHiggins31@yahoo.com or by calling (417) 682-1568. For the SCA Steak competition, contact Jim Altic at jimaltic@gmail.com or call (417) 830-5090. Entry forms also can be found at www.redwhiteblueq.com, at www.OzarksBBQAlliance.com or at www.steakcookoffs.com/event-2830601.

The Abou Ben Adhem Cruisers also will hold a 98-mile motorcycle Poker Run, starting in Strafford and winding its way to Lucas Oil Speedway. Registration will be from 10 a.m. to noon on Aug. 4 with the last motorcycle out at noon. Cost is $25 per driver and $15 per passenger with payouts to the top three hands, plus worst hand.

Drivers are reminded that those attending this Saturday's races will receive 50 free general admission tickets to the season-championship program on Aug. 28.

For ticket information on all events at Lucas Oil Speedway in 2018, contact admission director Nichole McMillan at (417) 282-5984 or by email at nichole@lucasoilspeedway.com. Fans also can go online to purchase tickets for any event on the 2018 schedule.