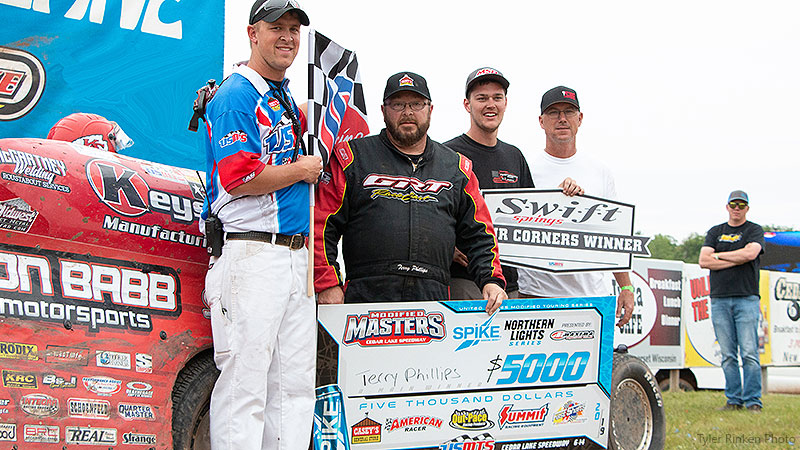 The last USMTS win for Terry Phillips came last November in a rain-shortened Summit USMTS Southern Nationals, and his next came in a rain-delayed 40-lap feature Saturday evening at the Cedar Lake Speedway during the conclusion of night #2 of the 20th Annual Masters presented by Allstar Performance.

A heavy downpour around 10 p.m. Friday night forced officials to postpone the main events for both the USMTS Modifieds and Super Late Models until Saturday around 5 p.m. Lance Hofer won the USRA Late Model feature Friday before the rains came.

So Saturday kicked off with a $5,000-to-win main event in the Spike Hardcore Energy USMTS Northern Lights Series with Phillips standing in victory lane in the end.

While Ramirez led the first 30 laps, Sanders was relentless in his pursuit. Both drivers tested every inch of the high-banked 3/8-mile clay oval’s surface before Phillips came into the picture near the halfway mark.

The trio were three-wide when Phillips made the pass coming out of turn four, with Ramirez going from first to third in the blink of an eye. By the time they came to the flagstand again, Phillips had a commanding lead and cruised to his 27th career USMTS triumph and first of the 2019 campaign. 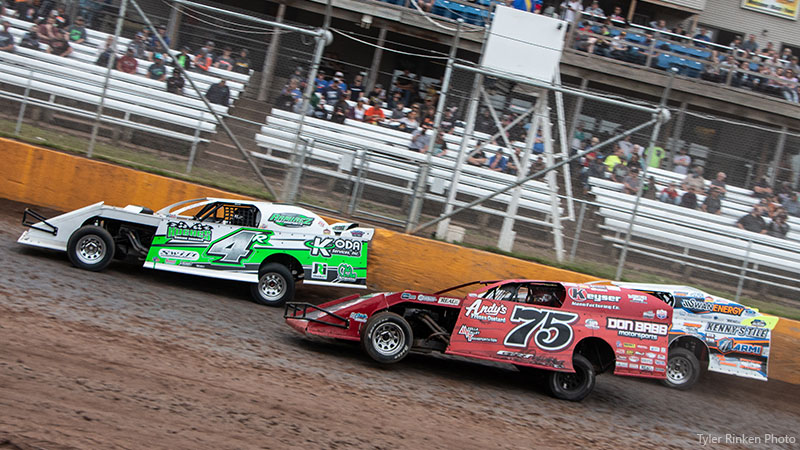 Dereck Ramirez (4r), Terry Phillips (75) and Rodney Sanders (20) battle for the lead during the USMTS rain-delayed feature on Saturday.

Watch every lap in every division LIVE online at RacinDirt.com.