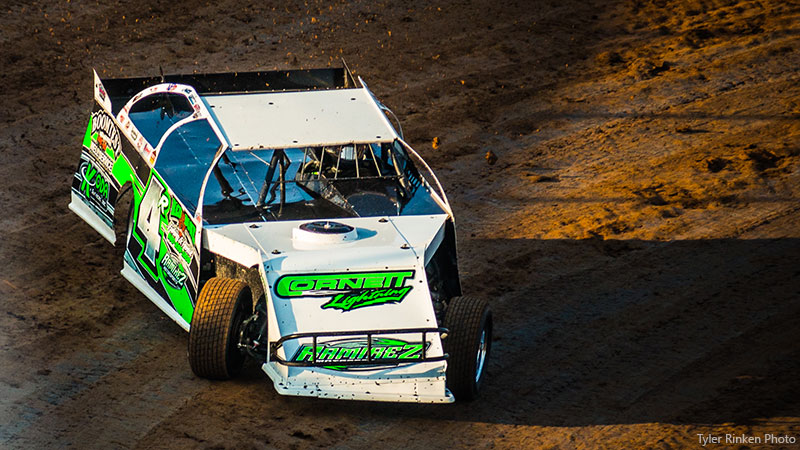 Ramirez one to watch at Saturday's Show-Me Shootout

Dereck Ramirez has become one of the leading contenders on the USMTS championship trail in recent years, with 2019 his best season. The Oklahoma native is No. 2 in national series points with two wins and 11 top-five finishes in 17 events.

"It's probably the best year I've had so far," Ramirez said before the start of a four-event USMTS weekend that includes Saturday's 10th annual Slick Mist Show-Me Shootout presented by Foley Equipment at Lucas Oil Speedway.

But there was a time that Ramirez, 32, didn't envision making a career out of driving a race car. An outstanding baseball pitcher and also a basketball and football standout in high school, Ramirez gave college baseball a shot.

"I went and played college baseball for three or four months, then quit," Ramirez said. "I'd had enough of it. I had played it from the time I was five years old until then and was kind of wore out from it."

That decision was in direct correlation to Ramirez beginning to take racing more serious. Until then, baseball and other interests took priority.

"When I was little, we are around (racing) quite a bit," he said. "My dad (Leon) raced in the early '80s and I had brothers who kind of got out of it because they couldn't afford to do it. Then about 2001 my dad sponsored a couple of guys from Woodward who raced and kind of got back into it.

That was midway through his junior year of high school, though Dereck and racing did not connect right away with him.

"I really wasn't that good at it," he added of his first starts behind the wheel. "I was pretty bad, actually. I'm not sure if it was that I was bad or that I wasn't interested."

Then after the decision to drop baseball and college, the racing path became more clear. He said it was either race for a living or go work in the oil fields, like his older brothers.

The decision has turned out to be a good one as Ramirez has become one of the top drivers on the USMTS circuit. Thiursday kicked off the Casey's Hunt for the Championship—a series of 21 races over the next six weeks that's a points chase within the season race.

An avid supporter of the Oklahoma City Thunder and Oklahoma Sooners, Ramirez said he and his team are ready for the grind ahead.

"Right now our goal is to win the Hunt," he said. "The national championship is not out of the picture. We're 177 points behind (Rodney) Sanders and with the way our points are done, it's hard to make up a lot of ground. Rodney always is in the top five. It's gonna take some good points nights for us and some bad nights from him to cut that margin down.

"But the Hunt, everybody begins on an even playing field with no points." 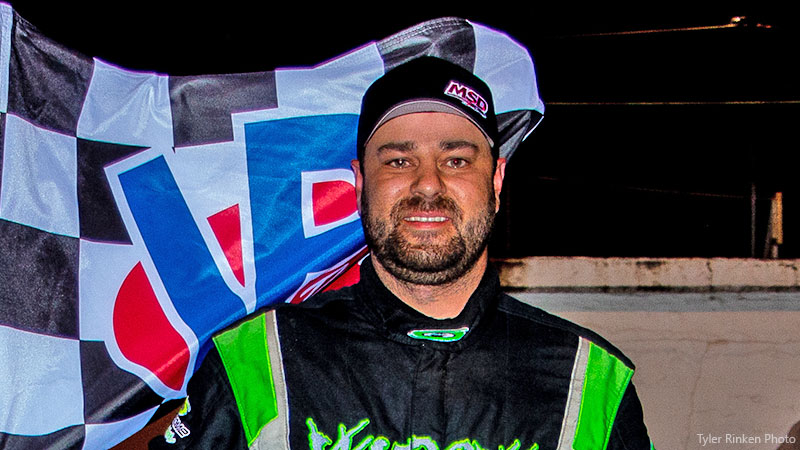 For a look at the complete USMTS schedule and points list, visit USMTS.com.

Saturday's Slick Mist Show-Me Shootout presented by Foley Equipment brings together the USMTS regulars and the best of the Pitts Homes USRA Modified weekly regulars in a 40-lap headliner that will pay $3,000 to the winner.

Among the Pitts Homes USRA Modified regulars at Lucas Oil Speedway, the two highest in track points without qualifying for the feature will receive provisionals into the main event.

Also in action on Saturday will be the Ozark Golf Cars USRA B-Mods and O'Reilly Auto Parts Street Stocks. They will be running 20-lap features for regular Big Adventure Weekly Racing Series points.

Gates will open at 4 p.m. with hot laps at 6:30 and opening ceremonies at 7. Fans can pick up $2 discount admission coupons this week at participating Casey's General Stores.

For questions about tickets or camping for any event at Lucas Oil Speedway, contact Admissions Director Nichole McMillan at (417) 282-5984 or via email at Nichole@LucasOilSpeedway.com.

Click LucasOilSpeedway.com for more information and detailed directions to the speedway or call the Track Hotline at (417) 282-5984.

About Lucas Oil Speedway
Lucas Oil Speedway is considered by fans, drivers and industry insiders to be one of the top five racing facilities in the nation. Located in Wheatland, Missouri, approximately an hour from Springfield, Missouri, and just an hour and a half from the Kansas City metro area, the "Diamond of Dirt Tracks" lives up to its title.

Back for a second straight season, Bryke Racing will be a contingency sponsor for USMTS competitors as well as a points fund contributor for the Summit USMTS National Championship fuele…