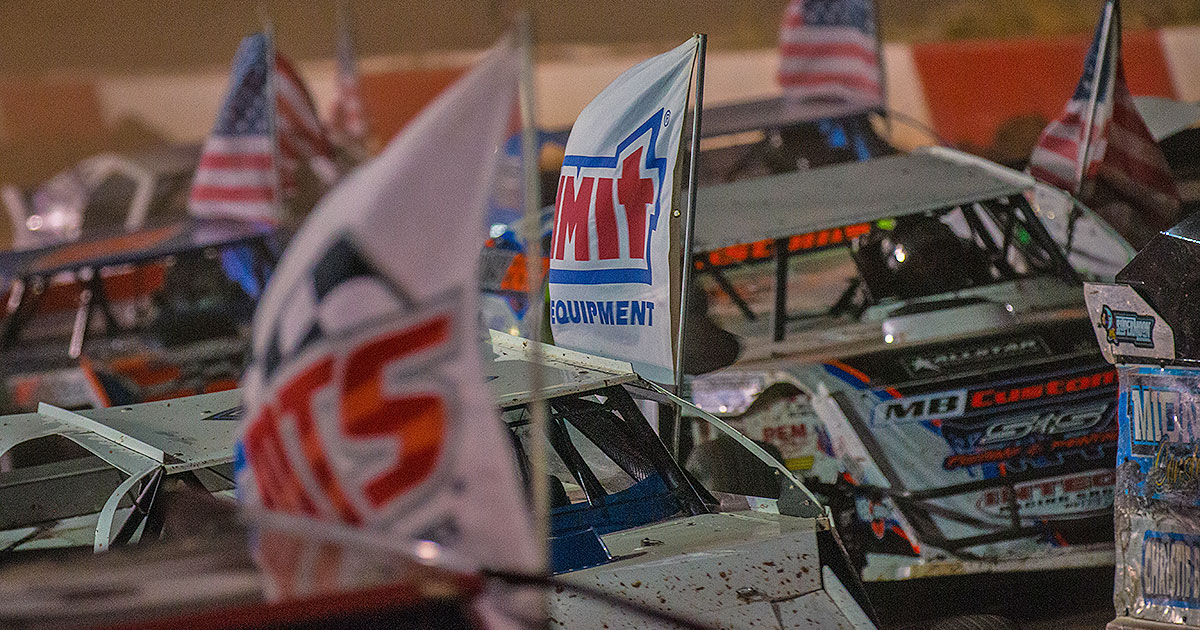 The schedule is set with 53 dates at 30 unique dirt ovals confirmed for the 2020 United States Modified Touring Series schedule and the 22nd season for the world’s Best of the Best in dirt modified racing.

With a new season on the horizon and new decade underway, it’s only fitting that the 2020 campaign will blast off at a new venue when the series invades the I-37 Speedway in Pleasanton, Texas, on Friday, February 28, as part of a six-race slate in the Lone Star State over the course of nine days.

Located just a few minutes south of San Antonio, the tireless USMTS touring titans will roll two more hours south after the checkered flag waves as they return to the South Texas Speedway in Corpus Christi on Saturday, February 29, before wrapping up the year’s first tripleheader on Sunday, March 1, at the Cotton Bowl Speedway in Paige, located just east of Austin.

This will be the first-ever visit by the USMTS to the former 85 Speedway as the Big O Speedway becomes the new home of the Texas Spring Nationals which was held for the first time in 2007 at the Houston Raceway Park (later renamed Royal Purple Raceway).

The Casey’s General Stores USMTS National Championship continues Thursday, Friday and Saturday, March 26-28, at the Humboldt Speedway in Humboldt, Kan., for King of America X powered by Summit and the first of five crown jewels on the calendar.

The second crown jewel takes place June 11-13 at the Cedar Lake Speedway in New Richmond, Wis., for the 21st Annual Masters, followed by the 10th Annual Silver Dollar Nationals at the I-80 Speedway in Greenwood, Neb., on Friday and Saturday, July 24-25.

The fourth crown jewel happens September 24=26 when the Deer Creek Speedway in Spring Valley, Minnesota, hosts the 22nd Annual Featherlite Fall Jamboree, and then the 2020 Casey’s USMTS National Champion will be crowned at the conclusion of the 2nd Annual Summit Southern Nationals, November 5-7, at the RPM Speedway in Crandall, Texas.

Check out the current 2020 USMTS National Championship schedule at usmts.com/schedule.

Along the grueling dirt road that has produced just seven different USMTS National Champions in the previous 21 seasons, fans and drivers will visit legendary facilities hosting long-time USMTS classics, new and exciting venues and some tracks returning to the schedule after a multi-year absence.

In addition to the I-37 Speedway and Big O Speedway, new first-time venues on the calendar include the Red Dirt Raceway in Meeker, Okla., which will host a three-day event called ‘The Godfather’ on Thursday, Friday and Saturday, April 2-4.

Another first-time stop will be the long-awaited debut of the USMTS at the Texas Motor Speedway dirt Track for the Southern Dirt Track Championship, September 11-12. The event will feature twin $2,000-to-win features the first night and a $5,000-to-win show the second day.

More information about the 2020 season will be forthcoming in the next few weeks. In the meantime, be sure to call your boss and get your vacation days booked now for the biggest USMTS season ever!

The USMTS will host its annual awards banquet on Saturday, January 25, at the Ameristar Casino Hotel in Kansas City. This year’s party will once again be a joint effort for both the USMTS and United States Racing Association (USRA). Call (515) 832-7944 for more information or to order tickets.