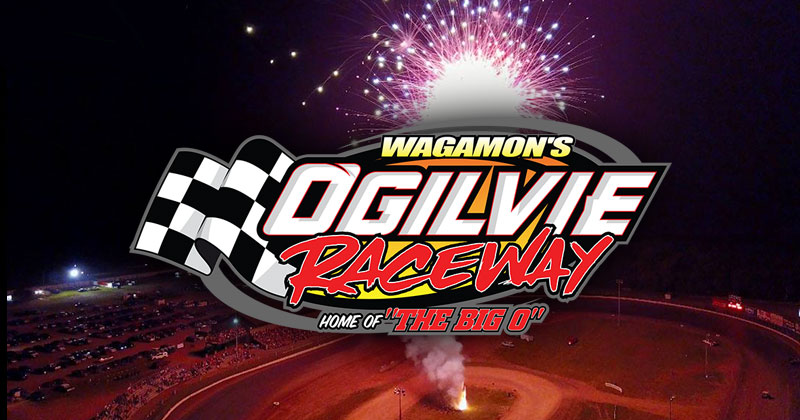 Three dates originally listed as “TBA” when the 2020 schedule was announced four days ago are now set in stone as the USMTS will invade the Ogilvie Raceway on Thursday, Friday and Saturday, August 13-15, for “Mod Wars.”

Following two nights of qualifying and a pair of $1,000-to-win races the first two nights, the first driver to cross the finish line in Saturday’s main event will pocket a stout $10,000 for his or her efforts.

The event will coincide with the tenth annual trip for the USMTS to the Wagamon family’s high-banked 3/8 mile dirt oval where incredible action is always the norm.

The meticulously maintained grounds also include south facing grandstands, high-quality lighting, a state-of-the-art public address system and a trackside tailgating section along the turns where fans can watch the action from the comfort of their car, the back of their pickup truck or in their RV.

In 2015, the Wagamon Family purchased the Ogilvie Raceway. With nearly 60 years as business owners in the automotive industry, they brought a passion for racing to an already great racetrack.

Since then, they have added a large upper-level party room and bar called the Champions Club, and in 2016 an oversized deck was added to allow fans even better viewing and entertainment options.

Stormy Scott has won three times at Ogilvie while Jason Hughes has visited victory lane on two occasions, including the first on August 17, 2011.

The addition of Mod Wars also necessitated the moving of the USMTS event at the Rapid Speedway in Rock Rapids, Iowa, to June 19.

The USMTS schedule now features 55 dates at 31 unique dirt ovals. The 2020 campaign will blast off at a new venue when the series invades the I-37 Speedway in Pleasanton, Texas, on Friday, February 28, as part of a six-race slate in the Lone Star State over the course of nine days.

You can check out the complete 2020 USMTS National Championship schedule at USMTS.com/Schedule.

Schedule is subject to change without notice.

Along the grueling dirt road that has produced just seven different USMTS National Champions in the previous 21 seasons, fans and drivers will visit legendary facilities hosting long-time USMTS classics, new and exciting venues and some tracks returning to the schedule after a multi-year absence.

The USMTS will host its annual awards banquet on Saturday, January 25, at the Ameristar Casino Hotel in Kansas City. This year’s party will once again be a joint effort for both the USMTS and United States Racing Association (USRA). Call (515) 832-7944 for more information or to order tickets.