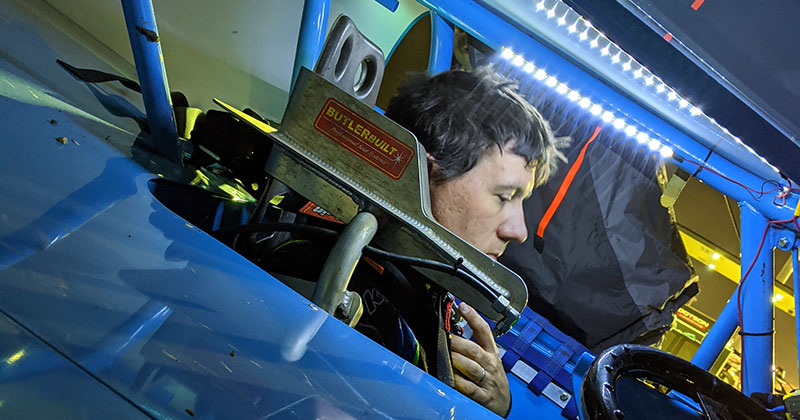 Dozens of racers took part in an open practice test ‘n’ tune session Thursday night at the I-37 Speedway in Pleasanton, Texas, in anticipation of Friday’s inaugural USMTS “Rustler” powered by CP-Carrillo for the Summit USMTS National Championship fueled by Casey’s.

Friday’s race is the first of the season for the USMTS and the first time the series has invaded the “City of Live Oaks and Friendly Folks” and will also feature USRA Factory Stocks and USRA Limited Mods. It’s also the launch pad for a six-race slate in the Lone Star State over the course of nine days. 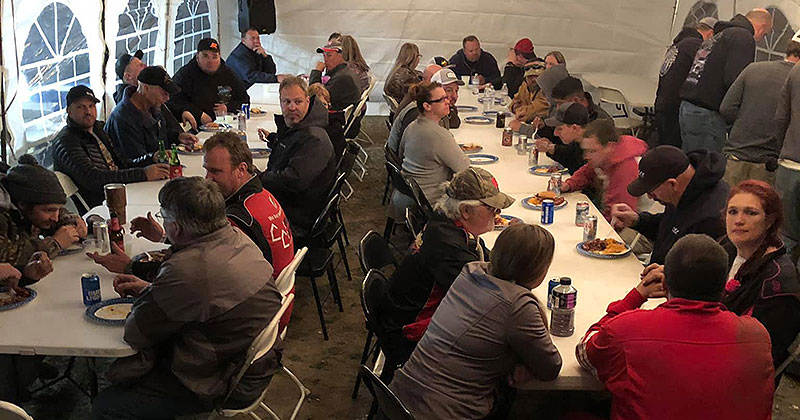 Track promoter Ray Doyon hosted a free BBQ for the competitors and their crew members after practice with free frozen margaritas courtesy of the I-37 Speedway.

First impressions: Thursday’s practice session was the first visit to the I-37 Speedway by most of the USMTS racers, and first impressions were positive across the board. The size of the entire property is immense and the layout is almost completely flat from one end to the other. Everything is painted, designed nicely and well-maintained.

“It’s pretty obvious to see that the owners and staff at I-37 take pride in this place, said USRA Director of Track Operations Bryce Hall. The track has signed on to sanction the Factory Stock, Limited Mod and Tuner divisions with the USRA in 2020. “We feel fortunate that the upper class of dirt tracks in each state fly the USRA banner, so I-37 Speedway is a great fit for the USRA.”

The same attention to detail spills over into the preparation of the racetrack itself. The pickiest of racing surface sleuths wouldn’t have been able to find a flaw in the clay. There certainly was little wear and tear on shocks and springs.

“Wow, what a great job of prepping the track,” said USMTS promoter Todd Staley. “We heard that the track prep guy here was pretty good and there ain’t no doubt about that. This is about the smoothest surface I’ve seen since Whynot (Mississippi) two years ago.” 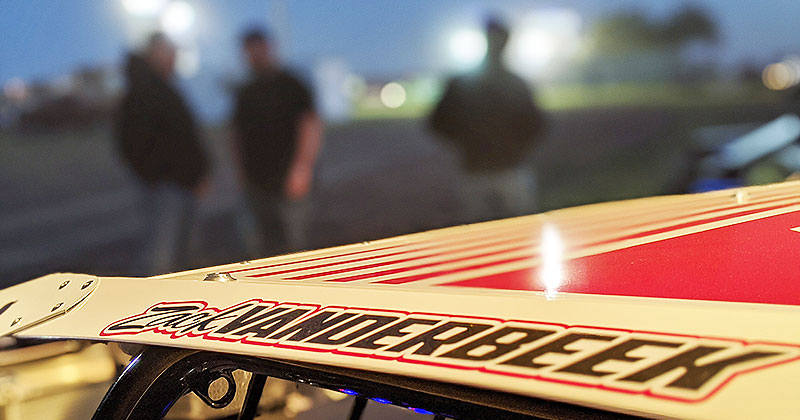 As for the shape and size of the track, the National Speedway Directory lists it as a semi-banked quarter-mile dirt oval. “If it’s a quarter then it’s measured in the tires,” one driver said. “Kind of reminds me of Amarillo, only shorter and a little less banking.” 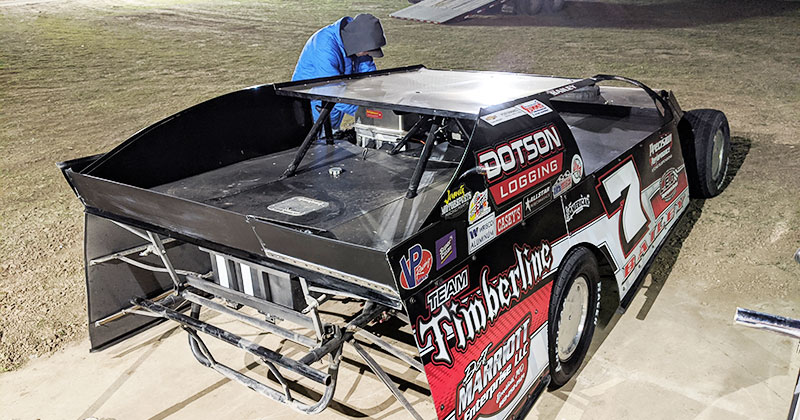 Sanders’ Swan Song: Although his livery looks similar to those in the past with his preferred indigo blue and dayglo orange trim, one big difference in the appearance of Rodney Sanders’ graphics this season is the absence of Swan Energy in the design.

Swan Energy, which manages companies and partnerships in oil and gas, trucking and disposal, and mining, has been supporting Sanders for more than a decade and was the presenting sponsor of the USMTS from 2011-2012.

“Brandon and Swan Energy really helped me get started,” Sanders said. “I don’t think I would be where I am at today without his support.”

The company’s CEO, Brandon Davis (not the reigning USRA national champ from Minnesota), traveled alongside Sanders several years ago and competed in a few USMTS shows himself. Davis also owned Swan Racing, which competed in the NASCAR Sprint Cup Series from 2013-2014.

On that note, Sanders will be employing the services of a new crew chief this season as he seeks his second straight and fourth USMTS title overall. Trey Hopkins will be the primary tire grinder and wrench turner while another former crew chief, Grant Snider, will join the team this weekend and occasionally throughout the 2020 campaign. 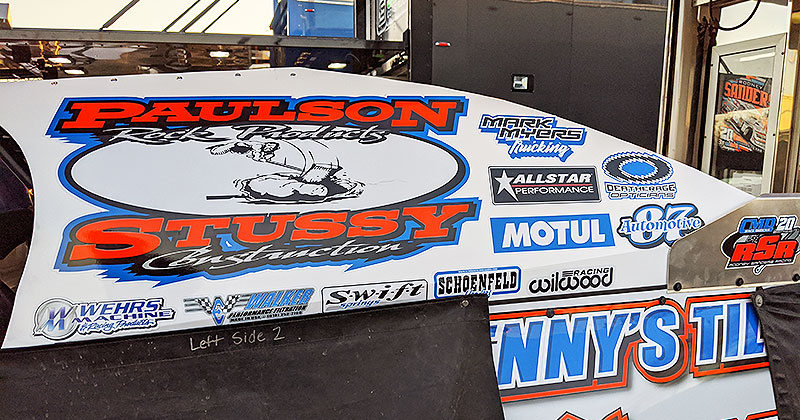 “Rodney has had a tremendous amount of success over the last 10 years with 90 wins and three championships. I feel truly honored to have been a small part of it,” Davis said. “I have reduced the size of my business to allow me to spend more time with my kids and be involved with them daily which I truly cherish.

“Rodney has had several new sponsors step up and really help him over the past few years and even more so this year and they are way more engaged and involved than I could ever be. Rodney is an amazing father, driver and friend to me and that will never change.”

Ruling the roost: If you simply cannot be in attendance, Friday’s show—and all six nights of racing during the next nine days—can be enjoyed live on RacinDirt TV from the comfort of your own sofa.

RacinDirt TV is your one-stop shop for all things USMTS when you can't be at the track. Live and on-demand coverage, pre- and post-race interviews, FK Rod Ends Instant Replay and multiple camera angles... One low price gets you all the action.

You can access RacinDirt TV via your computer or smartphone with a suite of apps including Roku, Amazon Fire, iOS, Apple TV and Google Play for added convenience. Unfortunately, we cannot provide you with the sweet smell of burning fuel. On the bright side, however, your Q-tip inventory should see no change.

Dressed to thrill: The USMTS souvenir trailer will be at all six events the next two weekends and those fans in attendance will get the first look at the all-new 2020 USMTS Signature Series apparel which will be on sale nightly. Some sizes and possibly even a design or two may be out of stock by the time the new apparel goes on sale at shopusmts.com after March 8, so being there just got more valuable.

All 2019 apparel is on sale now online at super-low clearance prices. Stock up on the things you missed out on as you get ready to fill your closet with some of the wicked 2020 designs from Sybesma Graphics, ASi Racewear, 905 Ink, Arizona Sport Shirts, Indy Screen Print and others. As you might expect, the #BestoftheBest only use the best of the best in racing apparel. 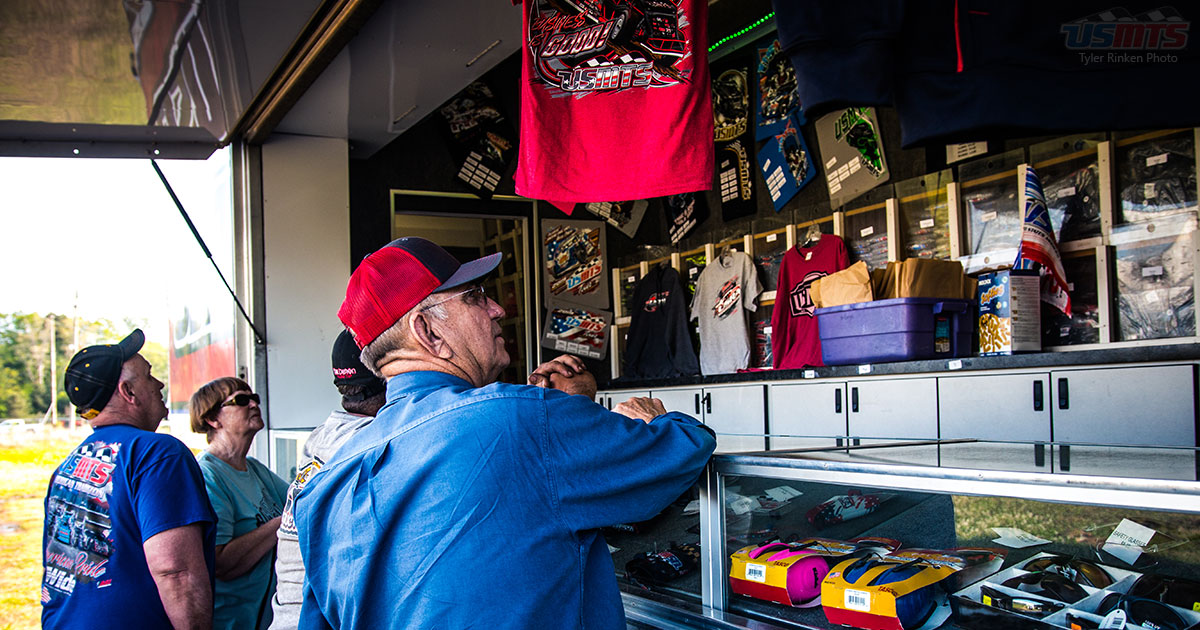 Gimme three steps: The tireless USMTS touring titans roll on to the South Texas Speedway in Corpus Christi on Saturday before wrapping up the year’s first tripleheader weekend on Sunday, March 1, at the Cotton Bowl Speedway in Paige.

A few days later, fans and racers trek to the Big O Speedway in Ennis, Texas, for the 10th Annual USMTS Texas Spring Nationals on Friday and Saturday, March 6-7. Update 3/5/2020 11:44AM: Thursday's show was rained out.

The 2020 schedule for the Summit USMTS National Championship fueled by Casey’s is highlighted by 58 nights of racing at 33 unique dirt ovals as part of the 22nd season for the world’s #BestoftheBest in dirt modified racing.

After the two-week journey through Texas, the engines scream again three weeks later for the first of five crown jewels this season when the Humboldt Speedway in Humboldt, Kan., hosts King of America X powered by Summit on Thursday, Friday and Saturday, March 26-28.

Returning for a second season as the Official Suit of the USMTS, K1 RaceGear by Ryan Bowers Motorsports will be rewarding competitors in the Summit USMTS National Championship fueled by…

BSB Manufacturing is back again in 2020 to support competitors in the Summit USMTS National Championship fueled by Casey’s. Located in Wellington, Kansas, owner Jay Neal a…

Oklahoma Governor Kevin Stitt announced today that new social distancing measures that are being implemented to combat the spread of the COVID-19 virus. As part of the new restrictio…

Presented by Club 91, the inaugural event will end with one driver pocketing $10,000 while every other main event starter will take home no less than $1,000... Its an offer you cant refuse.…

The Official Fuel of the USMTS, VP Racing Fuels is headquartered in San Antonio, Texas, and their distributors sponsor several USMTS racers including Terry Phillips, Zack VanderBeek, Dereck Ramirez, Jason Hughes, Joe Duvall and others. Visiting their facility in Elmendorf, Texas, was an eye-popping experience and we are proud to have VP Racing Fuels in our family of marketing partners. Also,

MVT is where you want to be